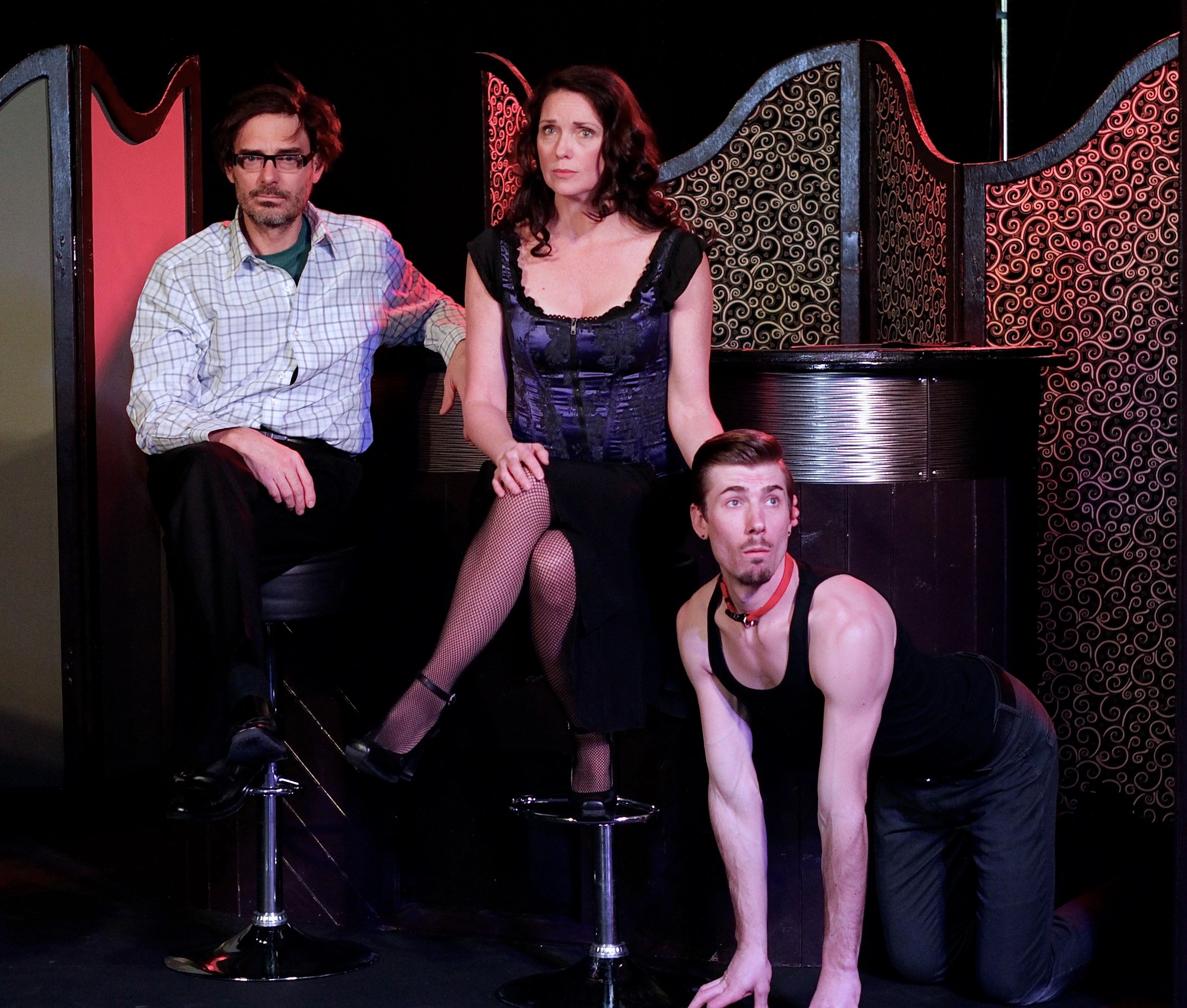 is a professional non-profit theatre company located in Whitehorse, the capital city of the Yukon Territory.

Producing and presenting professional entertainment of the highest quality in a variety of mediums.

Supporting the employment and career      development of entertainment professionals from within Yukon, throughout Canada, and internationally.

Providing mentorship for new and emerging artists, writers and technicians.

The pursuit of excellence.

Often I Find That I Am Naked

"Naked" follows Jezebel’s madcap misadventures through a series of high-octane monologues as she navigates the treacherous waters of the single’s scene, and finds herself in a vast array of devastatingly bizarre encounters with a seemingly endless string of male suitors, using various life aids such as excessive alcohol consumption, social anxiety, gynecological inappropriateness and auto-induced starvation (just to name a few). Jezebel drinks, thrusts and charms her way into date after disastrously hilarious date searching for the ever-elusive love factor.

ONE PERFORMER. 24 CHARACTERS. ONE LARGE SWING.

The beautifully evocative story of an unshakable love between two families - one black, one white - and the two children that are born into their shared household in 1960’s apartheid-controlled South Africa.

At first seen through the eyes of a child, the story of these families’ destinies spans four generations, from early apartheid to the present-day free South Africa. With charming humor and palpable fear, six-year-old Elizabeth Grace tries to make sense of the chaos, magic, and darkness of Africa.

Directed by Laura McLean (MFA Directing – The Old Vic, England) and performed by Katherine McCallum (Often I Find That I Am Naked, Boston Marriage),

North of the Sixtieth Parallel -

In cooperation with the Yukon Arts Centre

More easily described by what it might NOT be - variety show, sketch comedy, burlesque, musical theatre - this Cabaret is a collective labour of love that pushes theatre, kicking and screaming, into the future by fusing the common and secret joy of coarse amusement with a conscious desire to engage in a thoughtful dialogue about our uneasy connected existence as people in a community. Think Monty Python meets the Muppet Show. Think mini musical about a girl who just wants to be Yukon Famous. Think hipster Beachcombers. Think...actually, try not to think too much at all.

Katherine McCallum is a professional actor and producer working in theatre, film and television in Whitehorse, Yukon.

A graduate of Macquarie University’s Theatre Production degree (AUS) and The Atlantic Theater Company’s professional acting program in New York City, Katherine has been producing theatre for over twenty-five years. Her diverse career has seen her; tour with The Bell Shakespeare Company (AUS); coach actors on ABC’s police drama Wild Side (AUS); teach at the National Institute of Dramatic Art (NIDA - AUS); grace the stage in countless theatrical productions, occasionally appear on TV and in film; serve a four year tenure as artistic director of The Guild, YT, and produce over 25 plays. Katherine is a founding member and the Artistic Executive Producer of Larrikin Entertainment Ensemble.

What our audiences had to say...

Often I Find That I Am Naked

North of The Sixtieth Parallel - A Zeitgeist Cabaret

Hot on the heels of their 80th Cabaret in Victoria, and their runaway success with the musicals Ride The Cyclone and Legoland, Atomic Vaudeville are joining forces with Larrikin Entertainment (The Syringa Tree, Often I Find That I Am Naked) and a plethora of local performers to present a whacky, zany, off-the-wall collage of theatrical insanity, singing, dancing, satire, stand-up-sit-down-roll-around comedic relief in which Yukon audiences can indulge at the end of a long, dark winter.

At The Old Fire Hall

Go see The Drowsy Chaperone at the Guild Hall

A Broadway fanatic listens to a recording of the fictional 1928 musical comedy, ‘The Drowsy Chaperone’. As she listens to this rare recording she is transported into the musical. The characters appear and her dingy apartment is transformed into a glorious Broadway set with seashell footlights, sparkling furniture and over the top costumes.


Bursting with show-stopping song and dance this musical parody is a five-time Tony Award winner!

How do I get tickets?

Buy tickets to the opening week and tell 10 friends to go too!

Your support and contributions will enable us to meet our goal to pay actors in the Yukon a living wage.

Your generous donation will help to ensure a healthy, thriving arts community in Yukon.

Don't be a stranger

Drop us a line!

If you would like to volunteer at the show, become a board member or a friend of the board, we'd be ever so thrilled to hear from you.